More than a dozen Leicester residents were recently presented with their certificates in restorative justice practice amidst a gathering of specially invited guests, past volunteers, friends and supporters. The volunteers, having successfully completed a training course will now join the network of 45 strong volunteers which Restorative Justice Initiative Midlands has created within Leicestershire.

Several volunteers shared their experience of training and volunteering with the organisation. They noted that the task initially appeared extremely challenging, but having received specialist training, they have been endowed with the requisite confidence and authority to practice. Tim Ward, a housing officer from New Parks who had also undergone training, described the practicality of Restorative Justice Interventions in neighbourhood disputes. Citing an example, he illustrated how the mere offer of a restorative justice intervention influences parties involved to take personal responsibility for on-going social conflicts.

Pride and optimism are the words which can fittingly describe the sentiments expressed by the Hon. Liz Kendall, in her address to attendees. She congratulated the volunteers on their achievement and commended Dr. Tanfa, the director and Jane Bailey, the volunteer training Coordinator, on their pioneering initiative. She noted that there is immeasurable benefit to be derived from restorative justice. Offering her full support for the organisation, she stated that the government is currently seeking to implement measures in which restorative justice practices can be fully incorporated into crime prevention strategies.

Speaking on behalf of Leicester City Police, Chief Inspector Martyn Ball echoed similar sentiments. He described an emergent need for restorative justice practitioners to work in tandem with the police to pacify community disputes and to decrease the demand on limited police resources. Commenting on the passion and dedication of the management and volunteers of the organisation, Daxa Pancholi congratulated both the organisation’s management and its volunteers. Gary Stephenson stated that he was indeed pleased that the restorative justice paradigm is being widely accepted as good practice, and that the volunteers have made a commitment to serve their community.

Director of the organisation Dr Denis Tanfa, expressed his gratitude to the representatives for their support and for attending the event. He reflected on his initial vision for the organisation, which had been to recruit individuals with a genuine desire to serve others and to empower them to help others through training in restorative justice practices. He expressed delight that the organisation has been consistently achieving its goals. It is his hope that stronger links will be formed between his organisation and community stakeholders, so that restorative justice services can be efficiently allocated to the areas in which they are most needed. 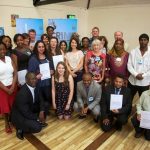 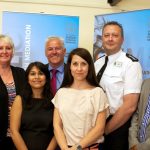 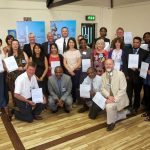 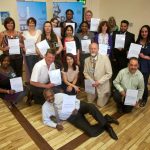